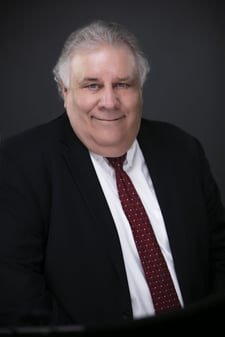 Gary is responsible for overseeing the financial operations of the Company including financial reporting and forecasting, budgeting, taxes, banking and insurance. In addition to his current role as CFO, Gary also served as CFO of Leonardo Electronics Inc, a sister company from 2015 through 2020 and also served as acting ATM General Manager in 2016 through 2018.

Gary is a CPA and was a senior manager with Price Waterhouse Coopers prior to becoming a CFO in the construction industry. He joined the Company in 2001 and has directed the financial operations of the Company from $13 million in 2001 to $60 million in 2021. During that span, Gary led the development of new standard costs systems, project-based cost systems and played a key role in the 2014 merger of Selex Systems Integration, ELSAG North America, and Selex Communications into Selex ES Inc.

Gary and his wife, Renee reside in Lenexa Kansas.