True crime stories that demonstrate the power and need for license plate readers are in the news often; we feature many of them right here on the blog. But we can't help but get just as excited when a Netflix series calls them out too—especially when it's a series that's based on a true story. Enter 'Unbelievable.'

In case you haven't seen 'Unbelievable' on Netflix yet, here's a no-spoilers-ahead synopsis: Starring Toni Collette, Merritt Wever, and Kaitlyn Dever, the miniseries is about a teenager who was charged with lying about having been raped and two detectives who come together to solve the mystery of a serial rapist. It's based on a 2015 news article called "An Unbelievable Story of Rape" and is comprised of eight episodes of twists and turns.

In episode 7, our heads perked up during this exchange: 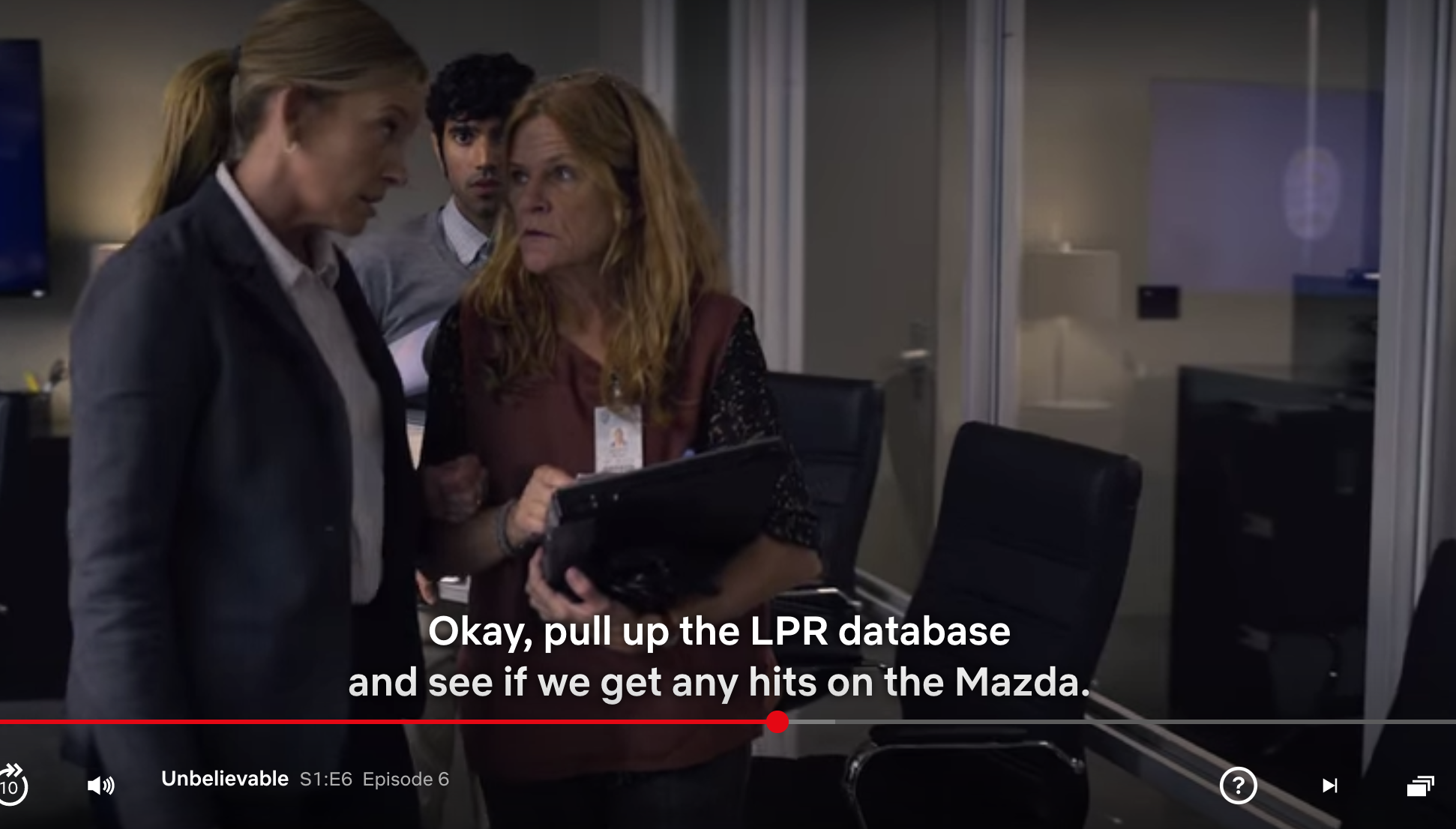 Detective (on the left): Okay, pull up the LPR database and see if we can get any hits on the Mazda.

Intern (that guy in the back): LPR?

His Boss (on the right): License Plate Reader. It's a small high-speed camera attached to the front of some of our patrol cars. They take a picture of every license plate they pass. Eighteen hundred pictures a minute, downloaded into a central database.

And in episode 8, all we'll say is that the LPR may have come through:

Interested in obtaining an ALPR system for your agency?

For information about ELSAG's ALPR technology, schedule a consultation call. It only takes 30 minutes, and we can talk about your specific needs.

ALPR technology is one of the most important tools in an officer’s tool belt. That’s why it’s...

4 Ways An ALPR System Protects Your Community And Patrol Officers

ALPR systems are an invaluable resource in helping to deter crime and keep communities safe. This...