You have no doubt heard the disturbing story of a man breaking into Rabbi Chaim Rottenberg's home during a Hanukkah celebration in Monsey, New York in December, stabbing several victims. The story drew national attention, with people from all over the world showing their support and solidarity across social media.

Thankfully, suspect Grafton Thomas was captured and arrested—all because of the relentless courage of the NYPD after their automatic license plate reader spotted the vehicle.

The use of lpr

About an hour after the vicious attack, Thomas was driving his silver 2015 Nissan Sentra across the George Washington Bridge into New York City. That's when a license plate reader tagged his car, alerting authorities of his whereabouts. The NYPD reported that another LPR then spotted the vehicle crossing the 145th Street Bridge into upper Manhattan.

Minutes later with their guns drawn, officers David Radziwon and Russell Mattera were able to block Thomas' car and handcuff him without a struggle.

Our hearts go out to everyone affected by that night in December, and our hats are tipped to those officers who acted quickly and firmly to get Thomas off the road.

CNN: Suspect in Hanukkah celebration stabbings arrested in New York City with 'blood all over him,' source says

The Daily Beast: Hanukkah Stabbing Suspect Caught With Bloody Machete in His Car

NY Post: Monsey stabbing suspect Grafton Thomas was fended off with this table

Inside Edition: How Cops Caught the Man Who Allegedly Attacked People Celebrating Hanukkah in New York 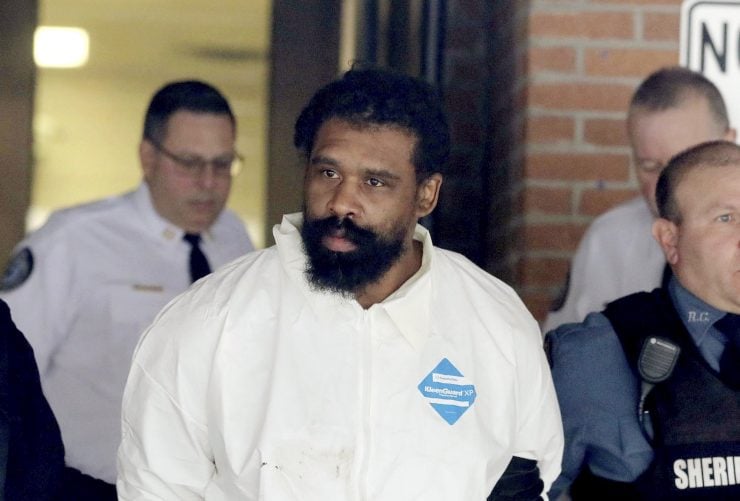